From Monolith to Microservices with the Micronaut® Framework

A large, consumer-facing IoT device network that relied upon a monolithic architecture found that the network struggled to keep pace with increasing demand. In response, the team built a lightweight microservices system using the Micronaut framework, which provided the smooth learning curve, extensibility, speed, testing ease, and scalability necessary to better serve its growing customer base.

SmartThings, a subsidiary of Samsung Electronics, provides consumers at-home IoT experiences through a range of sensors, smart devices, and digital apps. SmartThings customers have the ability to control, automate, and monitor household fixtures, such as lights, locks and security systems, electrical outlets, and more, via their mobile devices.

The key benchmarks for measuring success using SmartThings’ “smart” products are speed and accuracy. Homeowners who invest in smart technology expect immediate and consistent responses to both scheduled and spontaneous commands.

SmartThings' existing monolith application controlled approximately 550 services from a central server. The compute power necessary to manage this load was not only unwieldy, it resulted in unacceptable startup times during peak usage.

Additionally, extensive manual testing was required for each software change, and a single update test could take between 45 to 90 minutes for each service. This made continuous deployment difficult and resulted in taxing development cycles.

Finally, the company's growth exhausted compute resources and ability to scale; the more commands executed by SmartThings users, the greater the stress on the application. To further complicate matters, unpredictable surges in user behavior caused periods of reduced performance.

First, the SmartThings Hub and its mobile app required a new infrastructure that would allow for performance of critical operations at sub-second speeds. To deliver the speed and scale expected by its customer base, SmartThings set a 400-millisecond max on response time. This time limit represents the threshold of human perception, meaning any span of time longer than 400 milliseconds is likely to be noticeable as a "delay" to the user.

Next, any new feature implemented needed to be extensible into the distant future, and the company's engineers sought to reduce as much boilerplate as possible to accelerate development cycles. Thus, only solutions that empowered the SmartThings engineering team to rapidly develop, test, and release new software features were considered.

Finally, the new system had to be scalable to both accommodate the growing number of potential users and to address load during peak use times. 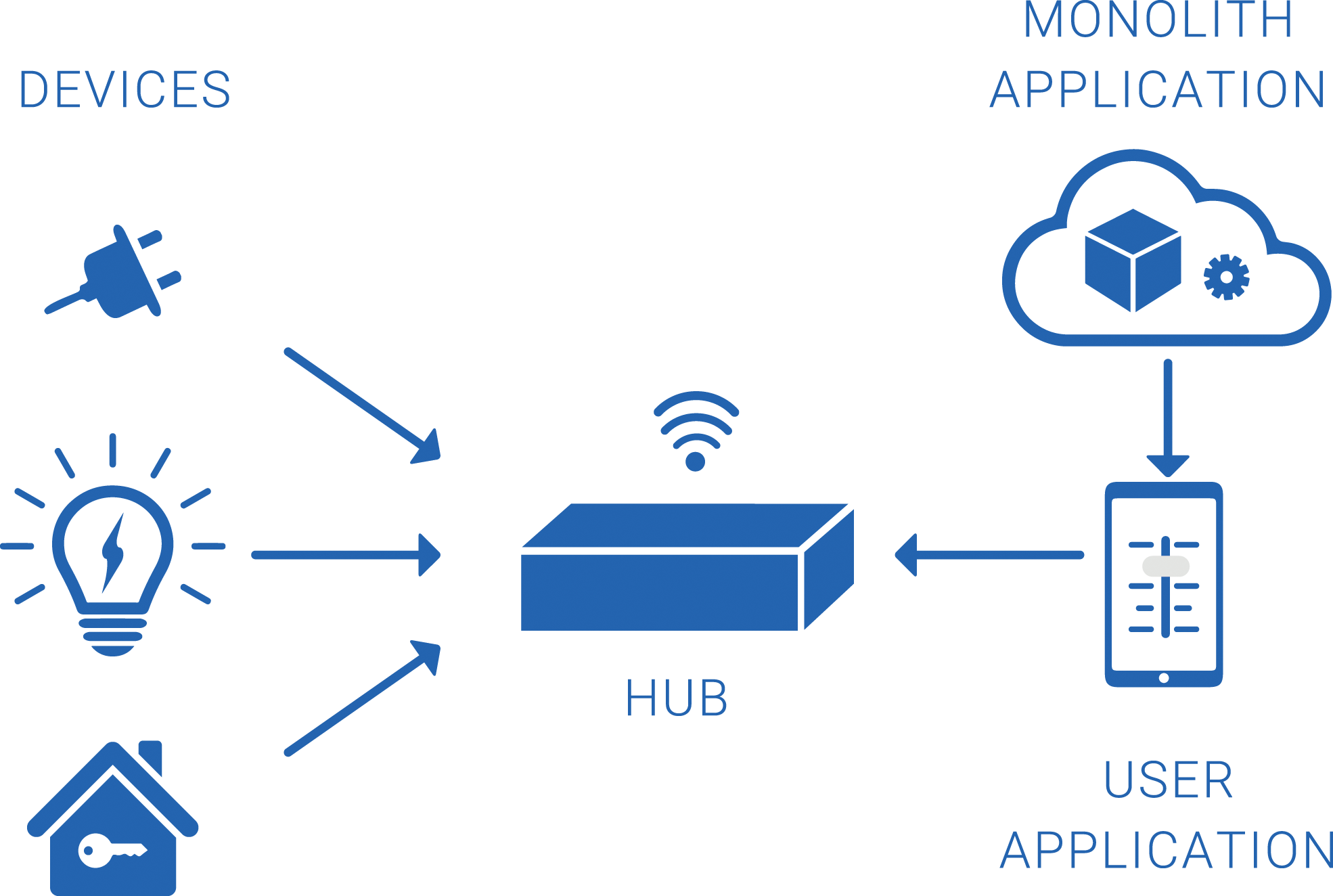 “We initially selected Ratpack to transition our monolith application to a microservices architecture, but we found that the learning curve was too steep, and we were not as productive with Ratpack as we were with Micronaut.”

SmartThings recognized that it needed to transition away from its legacy monolith architecture to a more flexible microservice-based system.

A microservice architecture allows for nimble development and delivery of a wide range of interoperable services that may be modified and deployed independently. Such a solution clearly offered significant benefits to both the internal development team and the company's client base.

Once SmartThings leaders decided to transition their massive and complex existing system to a lightweight, interconnected infrastructure, they faced the challenge of building and migrating to their new platform as efficiently as possible.

They sought a framework that fulfilled all of the following requirements:

The Micronaut framework fulfilled all of SmartThings' requirements: 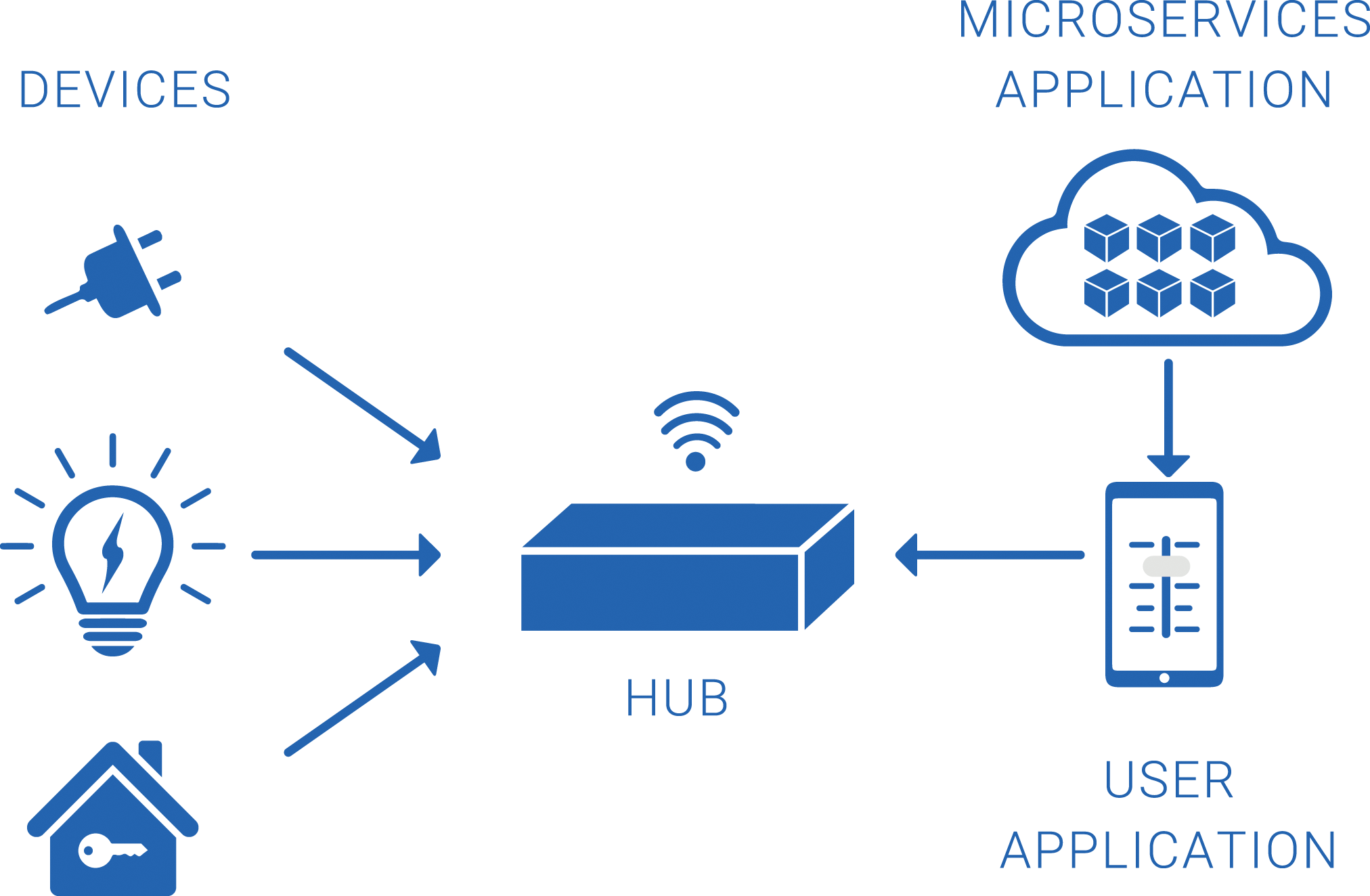 More About the Micronaut Framework

The Micronaut framework is a modern, JVM-based, full-stack toolkit for building modular, easily testable microservice and serverless applications in Java, Groovy, and Kotlin.

The Micronaut framework includes all the tools a modern developer needs to effectively build microservices for the JVM, without compromising memory footprint and startup time.

The Micronaut framework may be used in scenarios that would not be feasible with traditional MVC frameworks, including Android applications, serverless functions, IoT deployments, and CLI applications.

Whether you're transitioning to a microservice architecture, upgrading existing microservices, or looking for a better way to build serverless apps, contact us to learn more about the Micronaut framework and start taking advantage of all it has to offer today.