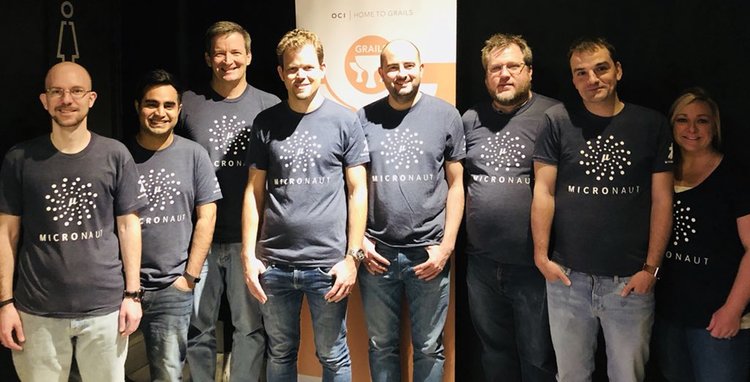 "Micronaut was built by the same people who built Grails and aims to provide the same wow factor for microservices that Grails does for monoliths," Graeme said. "Leveraging over 10 years experience in framework development, we've developed a new framework from the ground up for microservices and serverless computing."

Reflection-based IoC frameworks load and cache reflection data for every single field, method, and constructor in your code, whereas with Micronaut, your application startup time and memory consumption are not bound to the size of your codebase.

Micronaut's first milestone will be released in Q2 2018, and a first release candidate is expected before the end of 2018.

Watch this video to view the entire keynote, in which Graeme presents Micronaut for the first time and demonstrates how to get started with the framework.

Here's what one attendee had to say following Graeme's presentation:

Micronaut's first milestone will be released in Q2 2018, and a first release candidate is expected before the end of 2018.