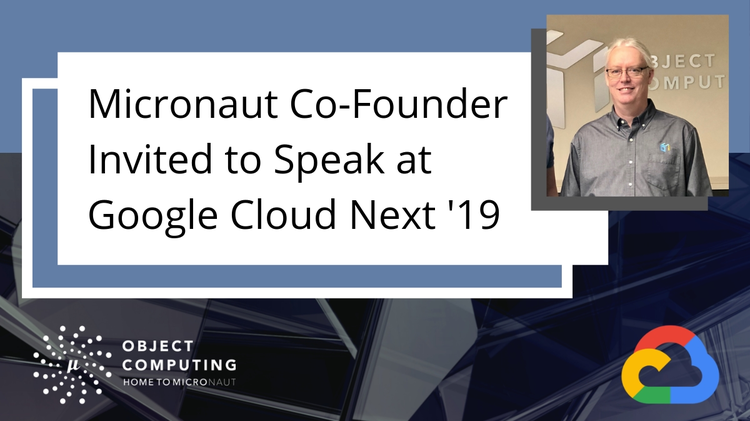 Members of the Object Computing, Inc. (OCI) team traveled to San Francisco, California this week for Google Cloud Next '19, an annual conference featuring 3 days of networking, learning, and problem solving.

In addition to enjoying this terrific opportunity to meet and chat with other technologists from around the world, we were extremely pleased that Micronaut co-founder, Jeff Scott Brown, was invited to present a talk on Micronaut's built-in support for Google Cloud Platform (GCP).

In a one-hour breakout session at Next '19, Jeff introduced the Micronaut Framework and demonstrated how it simplifies the development and deployment of microservices and serverless applications to GCP.

“We deliberately designed the framework from the ground up to simplify the development and deployment of microservices and serverless applications, and we found that Google Cloud's services were the perfect complement to what we set out to accomplish” Jeff said.