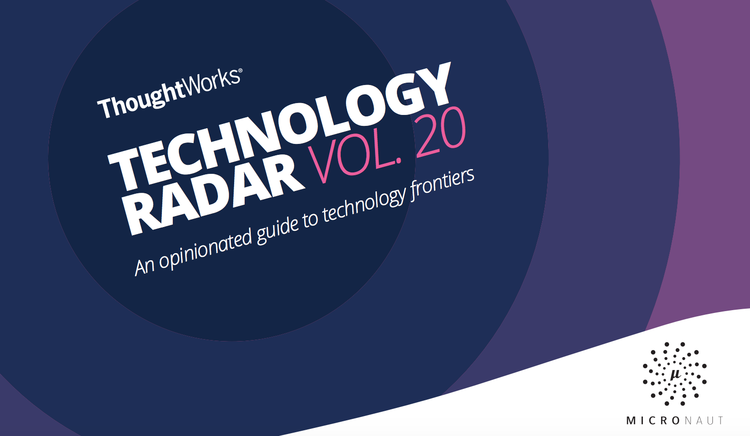 11/20/19 Update: ThoughtWorks has moved Micronaut up from Assess to Trial since this news post was published.

International IT leader, ThoughtWorks, describes Micronaut as "a very promising entrant to the full stack framework for the JVM space" in the most recent Languages and Frameworks section of its Technology Radar (TW Tech Radar) publication.

The framework is listed in the "Assess" category, indicating that ThoughtWorks believes it is "worth exploring with the goal of understanding how it will affect your enterprise."

The write-up describes Micronaut's key features, including (but not limited to) compile-time dependency injection, "first-class support" for reactive programming, and service discovery, before stating that Throughtworks is "keenly watching it." As Micronaut matures and finds a wider audience, we anticipate its migration from the Assess category to Trial and eventually to Adopt.

ThoughtWorks publishes its Tech Radar twice a year, compiling a list of technologies the company's senior technologists believe are worth paying attention to. The publication offers recommendations in four categories: Techniques, Tools, Platforms, and Languages and Frameworks.