JVM developers overcome cold-startup challenges on AWS Lambda by building their SaaS application with the Micronaut framework and GraalVM. 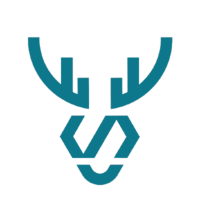 Caribou is a SaaS application that helps engineering teams reduce their technical debt. It provides real-time metrics around refactorings happening in their GitHub repos, so they can align on tackling the debt that matters most.

When the developers at Caribou set out to build their application, they identified three critical technical components:

The Caribou team selected AWS Lambda as its serverless service. In initial tests, they felt that the AWS serverless solution was "substantially more mature" than the other cloud providers they considered.

However, they also knew that an application's first Lambda invocation can often take several seconds (up to 15 in some instances) while the system waits for the runtime environment to initialize, and this delay is particularly pronounced with applications written in JVM languages. Because they preferred to write their application in Kotlin, a JVM language they knew well, it was critical that they find a way around these typical slow cold startup times.

The Right Framework for the Job

When it came to designing the solution and making technical decisions, the most important criterion was development speed; Caribou wanted to get an MVP out quickly and then iterate from there based upon user feedback. This meant using technologies and tools they were already familiar with and prioritizing off-the-shelf products rather than building from scratch.

When selecting new technologies, they looked for those with a shallow learning curve, good documentation, and active communities that could help them get up to speed fast.

Caribou initially attempted to build the application using Spring. However, Spring failed to fulfill their requirements due to the following issues:

They realized they needed to choose a different framework and focused their search on frameworks that offered fast startup times. They considered both Quarkus and Micronaut and decided to try Micronaut first. As it turned out, they were so happy with the Micronaut framework, they decided to move forward with it immediately.

The key reasons Caribou selected Micronaut were are follows:

"AWS Lambda + Micronaut is a great combination! I can't think of any other way of building our backend other than Micronaut + AWS Lambda + Kotlin."

In addition to experiencing exceptional productivity, thanks to the Micronaut framework's shallow learning curve, excellent documentation, and efficient testing features, Caribou developers recognize the notable competitive advantages they've gained through the reduction in cold startup time to only 1.5 to 2 seconds made possible through the combination of Micronaut and GraalVM technologies.

Learn more about how to deploy a Micronaut function as a GraalVM native image to AWS Lambda.

Caribou is available now at hellocaribou.com.

The Right Team to Help You Get Started

Whether you're transitioning to a microservice architecture, upgrading existing microservices, or looking for a better way to build serverless apps, contact us to learn more about the Micronaut framework and start taking advantage of all it has to offer today.